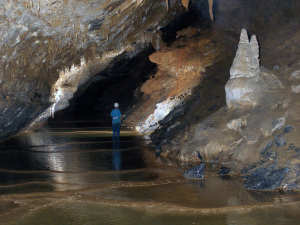 Southern Tasmanian Caverneers (STC) Inc. was formed in December 1996 as an amalgamation of three former southern Tasmanian based recreational caving and cave science groups from which STC derives its name entity:

The latter (TCC) was the first caving club formed in Australia (in 1946), and as its successor, STC still considers itself to be the oldest caving club in Australia and the STC membership includes life members who were foundation members of TCC.

In 2016, we celebrated 70 years of organised speleology in Australia!